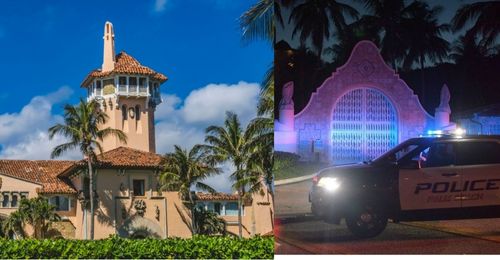 Why Hasn’t the DOJ Released Details About the Trump Raid Warrant Yet?

Donald Trump shared a post about the raid on his home on his Truth social media.

He wrote in the post that in early June the DOJ and FBI asked him to “put an extra lock on the door leading to Mar-a-Lago where the boxes were stored – we agreed.”

Elaborating on this matter, he added,
“They were shown the secured area, and the boxes themselves. Then on Monday, without notification or warning, an army of agents broke into Mar-a-Lago, went to the same storage area, and ripped open the lock that they had asked to be installed.”

The FBI raided President Donald Trump’s home last Monday. Due to this, there has been a lot of concern about this issue all over the country and various questions have arisen in the minds of many people.

Learn More:  Trump: “Crazy Nancy Pelosi. What was she doing in Taiwan? -Brings

However, many concerned Americans across the country are wondering why the details of the warrant have not yet been released. According to a Fox News report, the bureau has not released any more information about the operation to the public, much to the ire of conservative commentators and politicians in the United States.

But the raid on Donald Trump’s house has never happened before. This is the reason why there is a lot of commotion going on all over the country.

read more  MATT GAETZ: TRUMP WIN IN 2024, He said about This

Donald Trump said Monday that many critics of the seizure of the “judicial weapon” are using the operation as a political attack to prevent the 45th president from running for the White House in 2024.

Learn More: Steve Bannon calls on Trump to ‘announce for president’ at Mar-a-Lago

Rep. Marjorie Taylor Greene, R-Ga. “This is the kind of rogue tactic that happens in countries,” he said Wednesday in response to the FBI’s refusal to hand over a search warrant for the Mar-a-Lago raid. Before they called for autocracy. No one should tolerate this!”
According to Fox News, the DOJ has yet to respond to questions regarding the details of the warrant used Monday at Mar-a-Lago.