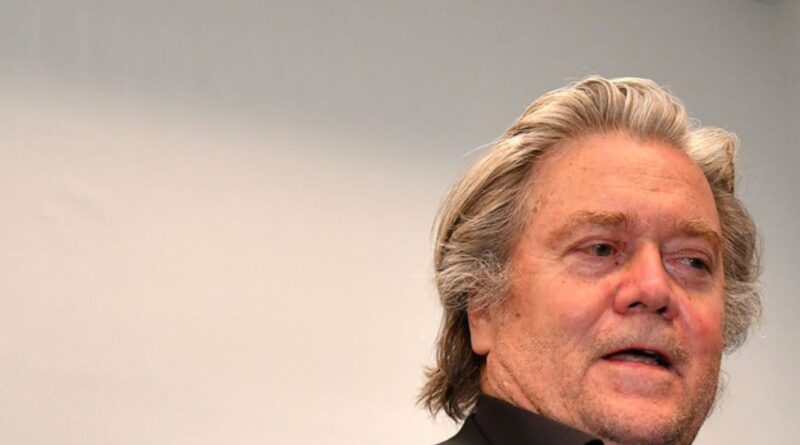 Former White House chief strategist Steve Bannon predicts a terrible winter for the American people — and he says it’s time to get ready.

During a segment on his “War Room Podcast,” Bannon warned of a “dark winter” ahead for the policies of the Biden administration. Bannon also sent a warning to President Donald Trump before a recent presidential campaign rally in South Carolina.

Bannon said, “Respected economists, what are their titles? Deficit economy. America needs to get ready… get ready for the darkest, darkest Christmas in living memory… it’s far beyond stagnant. We are entering another phase. It’s all convergent energy. Remember, elections have consequences, illegal elections have disastrous consequences.”

He also said, “This is why we are now in a dangerous area. Biden’s fiscal and monetary stimulus is the most reckless thing in American history. And you know who’s going to pay for it, the workers… I’ll tell you, this Christmas, it’s going to hit and it’s going to hit like nobody’s business. And no one else in all the media will tell you that.”

Bannon warned Trump about a supposed addition to his leadership team.

On Tuesday in South Carolina, Trump will start his presidential campaign with his campaign staff. GOP Sen. Lindsey Graham of South Carolina is expected to support Trump at the event, and Bannon told Trump to “be careful.”

“I have no earthly idea why [Graham] is around former President Trump,” Bannon said. “He has cancer. He has cancer that is metastasizing. President Trump needs to be warned. There’s nothing good about having [Senate Minority Leader] Mitch McConnell’s Mini-Me, Snake, Lindsey Graham around you.”

The Greenville News reported, “Trump will be at the Statehouse in Columbia on Jan. 28 to unveil his South Carolina leadership team, according to a person familiar with the plans. The person spoke to The Associated Press on condition of anonymity because the person was not authorized to speak publicly.”

According to the person, “Trump’s campaign previously confirmed the South Carolina event, but did not provide details. The event will include members of South Carolina’s congressional delegation as well as state lawmakers.

The outlet added that, according to South Carolina government officials, the Trump campaign blockaded various sites inside and outside the statehouse building from 3 a.m. to 10 p.m., planning for ‘up to 500 people to attend.’

Information, Reservations shared with the AP promoted the event, “as an opportunity to exemplify strong support from state elected officials as we approach the one-year mark in South Carolina’s Republican presidential primary.”

The Greenville News reported, “Some operators and elected officials in South Carolina have received calls from Graham asking for their support for Trump’s re-election bid. At least two of the people asked declined the request, according to a person who spoke to the pair. Since announcing his last presidential run in November, Trump has limited his public campaign appearances to invited crowds at his Mar-a-Lago estate in Florida or events in a virtual setting.”

The report continues, “Trump’s visit to South Carolina comes as the state’s two leading Republicans discuss their own 2024 bids. Nikki Haley, a former governor and one-time ambassador to the United Nations, said she would take the holiday season to consider a White House campaign. US Sen. Tim Scott is touring other early voting states and has launched a political action committee that could be a presidential campaign vehicle. A spokesman for Scott did not immediately comment when asked if the senator would attend Trump’s event.