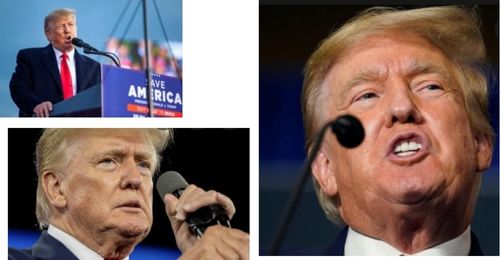 President Donald Trump is calling on US leadership to be smart about the Nord Stream pipeline situation, urging world leaders to negotiate a deal.

The situation with the Nord Stream pipeline has been further complicated by reports indicating possible “sabotage” of two natural gas pipelines transporting gas from Russia to Germany.

Trump said US “leadership” must remain “cool, calm and dry” over the Nord Stream pipeline sabotage.

This is a case of a major problem that should not have a major solution, at least not yet. He explained, “The Russia/Ukraine debacle should never have happened, and certainly would not have happened if I were president.”

Learn more:  Donald Trump ranks as the top golfer among recent US presidents

Still, he warned the United States that the situation in Europe was poorly managed against complex issues. This is what the 45th President of Europe said.

“Both sides need and want,” he said, “be smart, be smart (bright!), get all the presidents of the world to negotiate a deal now.”

With oil and gas prices so high this year because of Ukraine and Russia’s aggression and rising tensions between Russia and NATO countries, Trump said, the whole world is now at risk.

He also offered to lead a group of negotiators to resolve the current crisis and bring about a peaceful solution in an effort to prevent further escalation of the issue.

Gas was writing a deliberate move, the Nord Stream Associated Press reported that Denmark believed it.

This deliberate action is not an accident, it is clearly understood by the authorities. Danish Prime Minister Mette Frederiksen said, according to the outlet.

Germany was cautioned against relying on Russian power by President Rahm when he was president. He said, “I think it’s very sad when Germany makes a huge oil and gas deal with Russia, where you’re supposed to guard against Russia, and Germany goes out and gives Russia billions of dollars a year.”

read more  Ron DeSantis calls out Biden's 'fist-bump' with Saudi crown prince, asks why 'it's wrong to produce our own oil and gas here'

The 45th president argued that it should not rely on an adversary like Russia for energy. He encouraged them to seek independence of energy.

“We were right about almost everything, I can tell you, it was a horrible thing Germany did, how stupid they were to do it,” Trump said in a recent interview with Newsmax.