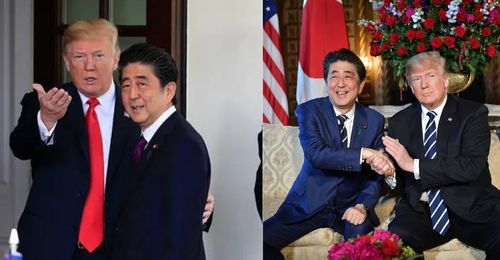 Donald Trump has expressed his condolences over the shooting of former Japanese Prime Minister Shinzo Abe.

Former Japanese Prime Minister Shinzo Abe died in hospital after being shot in the head.

More Read: TRUTH SOCIAL CEO: ‘NOBODY’S GONNA BE ABLE TO SHUT US DOWN’

Preliminary reports claim that Abe was shot shortly before he became ill and that he was not alive when he arrived at the hospital.

Donald Trump said in a statement about Shinzo Abe, “Completely devastating news that former Prime Minister of Japan Shinzo Abe, a truly great man and leader has been shot and his condition is very serious.”

“He was a true friend of mine and bigger than that, America. It’s a shock to the wonderful people of Japan, who loved and admired him so much. We all pray for Shinzo and his beautiful family!”

The White House said in a statement that it was “shocked and saddened” to hear of the attack.

“We are closely monitoring the reports and keeping in touch with his family and the people of Japan,” a spokesman said.

Donaltram and Najo Aber have met many times. When they were both in office and maintained the original alliance between Japan and the United States.

Yamagami Tetsuya, a 41-year-old man from the Japanese news corporation NHK, was arrested on suspicion of firing.

Video from the scene shows security officials detaining one person at the scene after the shooting.

Incumbent Japanese Prime Minister Fumio Kishida described the attack as “an act of barbarism during elections – the foundation of our democracy – and absolutely unforgivable.”