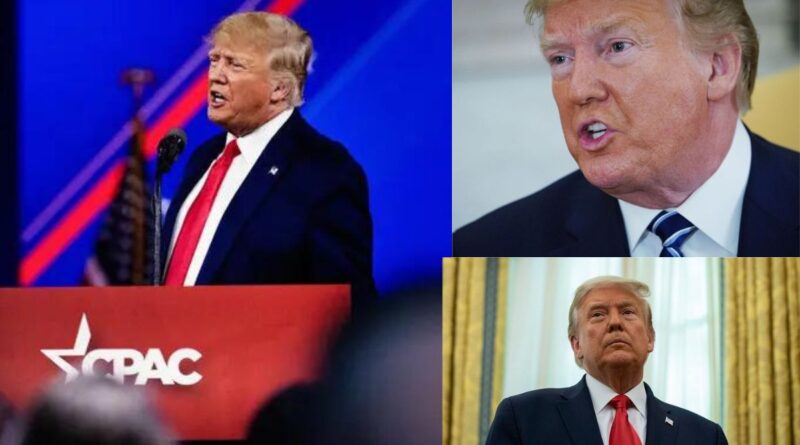 Donald Trump had a special message this week for those incarcerated for their involvement in the events surrounding January 6, 2021, Capitol “riot.”

In a new video shared on social media, Trump said “people have been treated unconstitutionally in my opinion and it’s very unfair.”

He said we’ll get to the bottom of it and you know what I’m saying – I don’t take it too seriously. Never seen anything like it. This is the weapon of the judiciary and we cannot allow this to happen in our country, because our country is going – not socialist, because they have avoided… our country is going communist. It happens and we can’t let it happen.

Earlier, President Trump spoke about the plight of political prisoners on January 6. At a rally in Latrobe, Pennsylvania earlier this year, Trump said of jailing protesters, “Two levels of justice is no justice. It is contrary to justice.”

read more  Donald Trump may not be on the ballot, but his former officials are

Rep. Marjorie Taylor Greene, R-Ga., was quick to defend the 45th president on the Jan. 6 issue of protesters who have been jailed for long periods.

“Anyone who claims that President Trump is doing nothing pre-trial on January 6 is either lying, ignorant, or out to hurt him,” he wrote in a statement to Truth Social. “He has repeatedly said at virtually every single rally that he will pardon the defendants on January 6 if he becomes president again.”

He went on, “J6 convicts are rotting in jail and political prisoners are being abused and mistreated by Democrats. It’s horrible. I am one of only two members of Congress who have been in the DC Jail and seen these J6 defendants with my own eyes.

I made a report after visiting the DC jail and published it on my congressional website for all to read. It is called unusually cruel. President Trump read the report and was very interested in how poorly the pre-trial J6 defendants were treated. He didn’t know until then.”

read more  Why is the queen's coffin so heavy; What is it made of? The coffin was ready 30 years ago

The ongoing imprisonment of the “J6 defendants” has been largely ignored by the mainstream media.

President Trump concluded the statement by saying, “So, I want to thank everyone for working so hard — I know how hard you are working to get justice for those who are in prison and suffering right now. We cannot allow this to happen. We’re going to close it. We’re going to win – thank you all very much.”