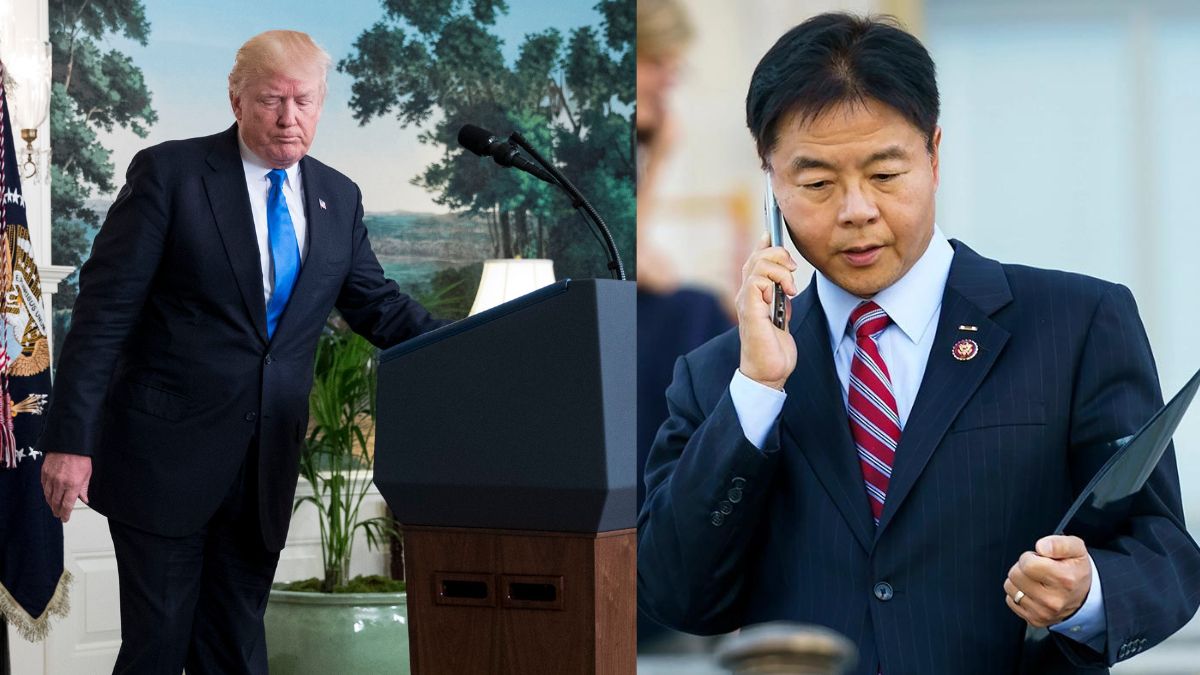 Democrat Ted Lieu Says Donald Trump Was ‘Right’ About This

Representative Ted Lieu, a Democrat from California, on Saturday offered a rare compliment to former President Donald Trump on the COVID-19 pandemic.

There have always been tensions between Trump and Democrats surrounding Trump’s policies and the pandemic-sized condemnation from the left, who say he has not done enough to prevent the spread of the virus — including lockdowns or rejection of anti-vaccine conspiracies.

Lieu, a Los Angeles-area congressional district representative, said Trump got one thing right about the pandemic and praised the Trump administration’s decision to invest initial funding for a Covid-19 vaccine as the correct course of action at the time.

The Democratic lawmaker wrote on Twitter, “Donald Trump was right to invest significant government resources to jumpstart vaccines. Vaccines have worked as intended by reducing the risk of hospitalization or death from Covid.”

The Trump administration has invested more than $10 billion in “Operation Warp Speed” to speed up vaccine development and production, which has since helped stem the spread of the virus, resulting in fewer and fewer severe COVID cases.

Meanwhile, Trump has found himself at odds with some of the vaccine’s GOP base, as many conservatives reject the jab despite health experts maintaining its safety and effectiveness.

Although the former president opposed the vaccine mandate, he encouraged his followers to take the vaccine. Trump himself has publicly stated that he received the vaccine and booster.

He also cited “Operation Warp Speed,” which helped deliver the vaccine by the end of 2020, as one of his defining achievements during his presidency. Since then, more than 250 million Americans have received at least one vaccine dose, according to data from Johns Hopkins University.

Trump said in a December 2021 interview, “I came up with a vaccine, with three vaccines. All very, very good. I came up with three of them in less than nine months. It could take five to 12 years.”

Other Republicans, including some Trump supporters, have pushed back against vaccines more vocally than he has. Florida Gov. Ron DeSantis, for example, earlier this month called for a grand jury to investigate whether Americans have been misled about vaccine safety.

Steve Bannon, a former Trump adviser, praised DeSantis on Saturday for moving to the right of Trump on vaccines. On the other hand, University of Oregon political science professor Joe Lowndes previously told Newsweek that while many conservatives oppose vaccines, it likely won’t be a defining issue in the 2024 presidential election.

After facing backlash from supporters when he mentioned the COVID-19 vaccine last August, Trump appeared at an Alaska rally in July to avoid saying the word “vaccine.”

He said, “We’ve done a lot in terms of therapeutics, and one word I’m not allowed to mention – but I’m still proud of that word. We did it in nine months, and it was supposed to take five years to 12 years, and another Nobody could do it. But I’m not mentioning it in front of my own people.”