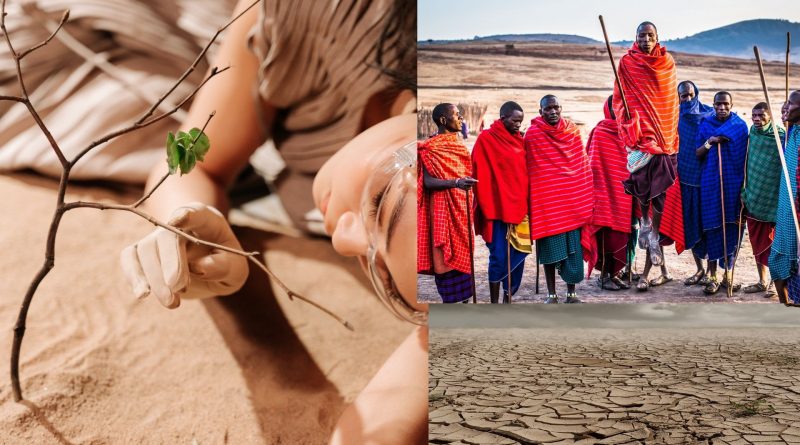 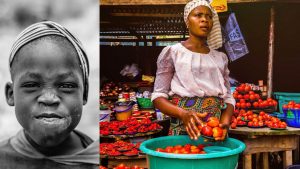 It is important to take into account the protection of sexual and reproductive health in climate change. Climate change is not just about the loss of natural resources and wildlife. It has a great impact on the human race. That is why we need to pay special attention to this aspect when it comes to climate change.

Climate change has a disproportionate impact on women and girls in particular.

In Johannesburg, South Africa in particular, climate change has not only hampered development, but also health vulnerabilities and gender inequality. Dr. Julitta Onabanjo, Regional Director for UNFPA East and Southern Africa. She explained that:

“Many families in Uganda, Kenya, Malawi, Mozambique, and the Sahel region are facing serious loss of livelihoods. Because climate change is causing a lot of damage to livestock and crops, their livelihood is greatly reduced. Women and girls are at risk of gender-based violence due to climate change.

The father of the family says he is failing to pay the cost of feeding his daughters and other expenses. Parents in that country are marrying off their daughters at a young age because it is difficult to carry them. This puts girls at greater risk both physically and sexually, because not all girls are mature or fully prepared for marriage or have not physically matured for marriage.

They are still minors. If they get married early, then their marital relationship is not good. Besides, if the girl gives birth at a young age, she will face various physical problems and may even die.”

Also, when disasters occur as a result of climate change, sexual and essential health services are limited and sometimes unavailable because of the surrounding disasters.

read more  Women and men never have children, For that problem

As can be seen, women often give birth without the help of a doctor. Because even if you seek medical help then it is not available. The woman is at risk. Because there are few people who can make the right decision about what to do when giving birth, mothers are exposed to a lot of risks while giving birth. There is even a possibility of death.

The problem of childbearing is not limited to this. Lack of clean water and when girls start menstruating, they do not get the things they need for menstruation. As a result, women and girls lose a lot of dignity because their clothes get damaged. They also lose their ability to manage menstruation.

How to deal with the catastrophic situation of climate change

This barrier to climate weakens the morale of those who see it, which is why they cannot overcome this obstacle. That is why they should never weaken their morale. Climate change can happen.

This is the law of normal nature. But it is not possible to lose with the excuse of this climate. We have to fight against it. It cannot be stopped. Especially the youth need to pay more attention to this issue.

Women and young people in particular have a huge responsibility to the people of Africa. Health problems alone cannot be realized. “The problems of climate change must continue to be fought because now is the time to change it.

Dr. Onabanjo said. “We cannot afford to waste time. Africa has a huge responsibility to its people, in particular, to its women and young people to ensure that not only their health is realized but that climate change does not hold us back.”

He was also speaking at this year’s Africa Health International Conference hosted by Pathfinder International during another session:
“Climate and health: empowering women and young people to be drivers of climate solutions”

World Health Organization estimates that between 2030 and 2050, an estimated 250,000 more people could die as a result of climate change.Hey deaths can only be due to malnutrition, malaria, diarrhea and heat stress due to climate change.

World Health Organization estimates that by 2030, the amount of direct damage to health could be estimated at two to three million dollars per year.

“Every government needs to understand what is ahead of us in terms of the future. Due to climate impacts, young women and girls end up giving up their aspirations as they take on lifelong non-professional careers”

In the end, all the countries have to cooperate with each other. At present Covid-19, Omicron variant has taken many horrible forms in different countries. Again, many countries are facing many losses due to climate change. That is why one country should cooperate with the other and take care of each other and always fight.